Fondest or most interesting memory at UC Davis: N/A 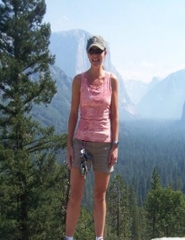 Fondest memory at UC Davis: My favorite memory involving UC Davis was joining Stan Nosek, former Vice Chancellor, and other colleagues in Office Administration on Stan’s yearly pilgrimage up to the summit of Half Dome in Yosemite, in 2007 and again in 2009. The hike was strenuous, but was outweighed by the natural beauty and the awesome camaraderie of all colleagues that joined us. A nice 12 hour hike, followed by beer, pizzas, and lots of laughter. It doesn’t get much better than that!!! 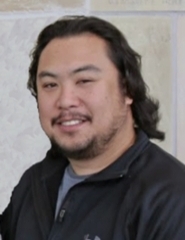 Hobby/Fun Fact: Every July, I attend the San Diego Comic Convention. I'm also a middle school track and field coach in the spring.

Hobbies/Fun Fact:  I love participating in any kind of adventure with family or friends:  hiking or dirt bike riding in the mountains; RV’ing at the coast or in our national parks, or tagging along with my brother hunting or fishing.  What makes it all special are the memories captured that can be shared for years to come.

Fondest Memory at UC Davis: My most exciting memory is the first time that ESPN came to campus to televise an Aggie basketball game from the Pavilion.  Go Aggies! 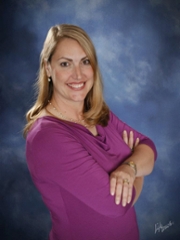 Fondest Memory at UC Davis:  I have worked in six different units in my time at UC Davis, and have many memorable experiences.  One of my fondest experiences was hosting alumna Astronaut Tracy Caldwell Dyson back to campus in 2008 and again 2011 for public lectures.  In her last mission, Tracy spent six-months on the International Space Station and surprised me with a photo collage from her mission that included a flight badge and her personally signed message to "Dream BIG.”  Very inspiring woman!

Fondest Memory at UC Davis: Too many! In my job I get to work with a lot of smart people doing interesting things, whether it's a professor I interview about research or the colleagues I work with everyday. Everyday brings something different.